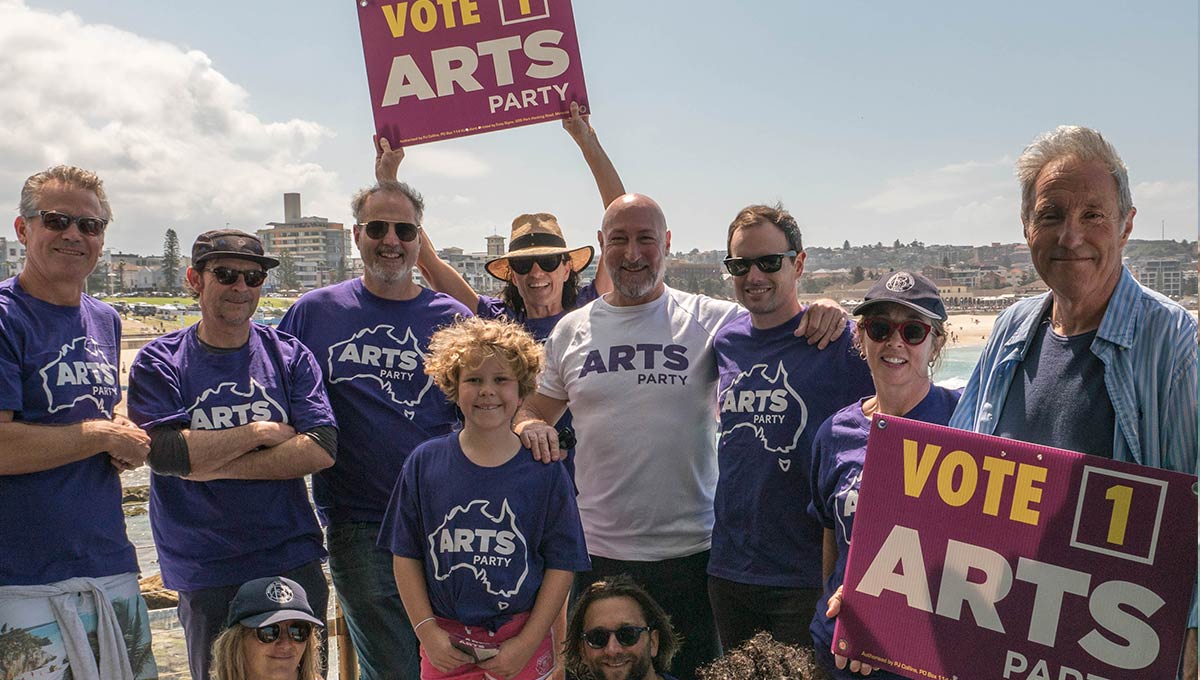 Barry’s candidacy at the October 20th election offers the Wentworth electorate an opportunity to vote in support of Australian arts and culture, and an even-handed protest against the self-serving shenanigans of individuals in Canberra.

“The Arts Party promotes a more cultured, creative, educated and enjoyable life for every Australian. It’s a new party and we’re up against big parties with big budgets, but with little or no arts policy.

Supporters of growing our unique Australian culture are not limited to any one side of politics. We advocate using our preferential voting system wisely to send a message to the major parties that you care about arts and culture.

Vote 1 for the Arts Party and preference whomever you wish,” Mr Keldoulis said.

Mr Keldoulis has a track record of working with arts organisations, both public and private, has run his own small business, as well as successfully planned and executed major events.

“Arts and culture are noticeably absent from our political discourse. We want to work with all sides to get the best outcome for Australian arts and cultural industries and the Australian people. We’re playing a long game, but change is necessary and we are going to be that change for the better.” said Keldoulis.

The Arts Party was formed in 2011 and has already stood 23 candidates.
At the 2016 federal election, their Senate candidates received over 1.5 million preference votes between 1-6, ranking them in the top half of 56 parties in the Senate results. Anthony Ackroyd stood in the seat of Wentworth in 2016, coming in fourth after Liberal, Labor and Green candidates.