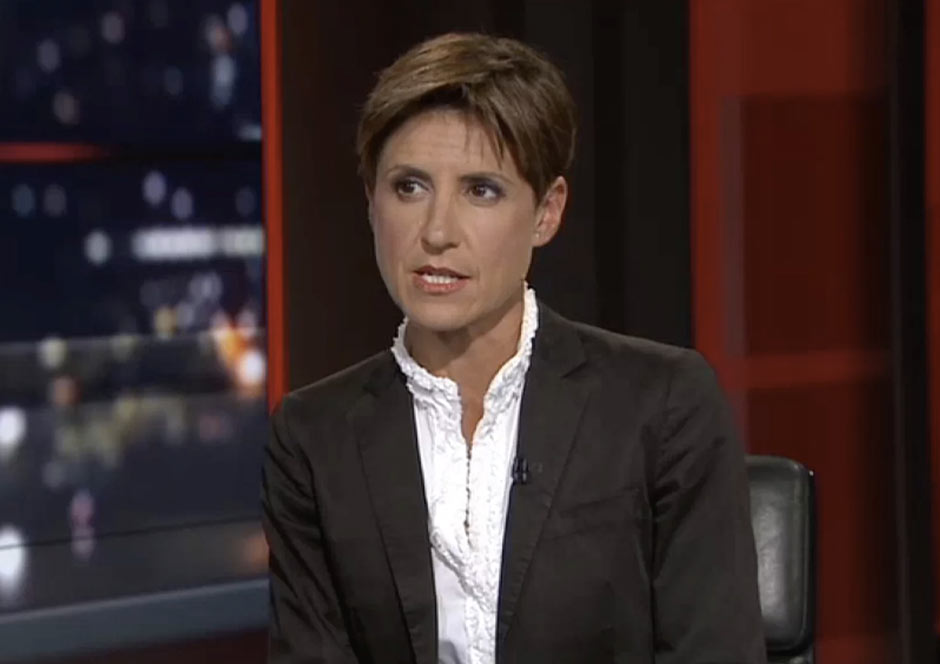 This article by Emma Alberici was pulled by the ABC yesterday, only hours after it was published. We think it’s an excellent summary of why corporate tax cuts right now in Australia is a joke – have a read!

There is no compelling evidence that giving the country’s biggest companies a tax cut sees that money passed on to workers in the form of higher wages.

Treasury modelling relies on theories that belie the reality that’s playing out around the world.

Since the peak of the commodities boom in 2011-12, profit margins have risen to levels not seen since the early 2000s but wages growth has been slower than at any time since the 1960s.

Infographic: Company profits are at their highest point since 2011 but wages have stagnated. (The Conversation (ABS business indicator and wage price index))

It’s also disingenuous to talk about a 30 per cent rate when so few companies pay anything like that thanks to tax legislation that allows them to avoid paying corporate tax. Exclusive analysis released by ABC today reveals one in five of Australia’s top companies has paid zero tax for the past three years.

And while the Treasurer and Finance Minister warn that Australia’s relatively high headline corporate tax rate means Australia remains uncompetitive and companies will choose to invest in lower taxing countries, the facts don’t bear that out. Business investment in Australia has been at historically high levels over much of the past decade despite our comparatively high headline corporate tax rate.

Before Donald Trump cut the US corporate tax rate earlier this year, it was 5 to 9 percentage points higher than Australia’s. That hasn’t deterred Australian companies from seeking opportunities in America instead of Ireland, where the corporate tax rate is less than half ours (12.5 per cent), or Singapore (17 per cent).

In truth, businesses make decisions about where in the world to park their money based on myriad reasons, possibly least of which is the headline corporate tax rate.

Will I be closer to my main customers? Where is the best talent located? What are the labour costs? How onerous are the regulatory hurdles to investment? Is the culture and language easy to navigate? Is the country politically stable and is there respect for the rule of law?

When Incitec Pivot chose to build a $1 billion factory in Louisiana rather than Australia, it did so due to America’s strong productivity levels and its speedy approvals processes. Tax was insignificant on the pros and cons list.

High-profile chief executives like Qantas chief Alan Joyce are adamant that investment decisions rest largely on the rate of a country’s corporate tax. But it’s hard to see how a lower tax rate is an incentive for investment when one in five of our biggest companies haven’t paid any corporate tax at all in at least three years.

Qantas is about to clock its 10th year tax free. Qantas won’t pay tax again until its profits exceed the tax losses recorded since 2010. Only when all the accumulated losses are offset will a lower tax rate mean a higher cash flow. Besides, regardless of where the corporate tax rate sits, the airline has already indicated an intention to invest $3 billion across 2018 and 2019.

The overwhelming benefit of higher profits flows to shareholders. A zero corporate tax bill at Qantas has certainly seen one significant wage rise at the company — the chief executive’s. The benefit to workers has been less pronounced.

According to the Australian Services Union, representing just under half of all Qantas workers, the average pay rises for staff since the airline has returned to profitability have barely kept pace with inflation.

Alan Joyce, on the other hand, has seen his total salary close to double from $12.9 million in 2016 to $24.6 million last year thanks to a huge jump in the value of shares provided as part of a bonus scheme.

Linda White, Assistant National Secretary of the Australian Services Union told the ABC she is far from convinced about the value for workers of a corporate tax cut:

“While Qantas workers have seen pay rises of less than 3 per cent on average over the past decade, we’ve seen the CEO’s salary balloon to almost $100,000 a day — much more than most workers earn in a year. It doesn’t trickle down — it trickles up, and the rules need to change to give workers a better deal in this country.”

The apples and apples comparison

Australia and Canada share a similar history and are both resource rich economies. Our financial and political systems are also on par.

Business investment rose in both countries during the mining boom but it rose more in Australia, despite a corporate tax rate that’s four percentage points higher than Canada’s.

It is also worth noting that wages have risen by about 20 per cent more (in nominal terms) in Australia than in Canada since 2000, despite Canadian companies having had a much bigger corporate tax cut.

The White House claims the recently legislated cut in the US corporate tax rate will translate to higher wages for the average worker of between $4,000 and $9,000 a year, but there is no credible evidence to support that boast.

In fact, the opposite has been true in practice when you compare business activity in Britain and America. Between 2006 and 2013, while British businesses were paying increasingly less in tax (from 30 per cent to 19 per cent), wages went down not up. UK wages have started to grow over the past four years but at a much slower rate than in the United States where corporate tax rates had remained high.

Infographic: Comparing corporate tax rates and median wage growth for workers in the US and UK. (Supplied: OECD, UK Office of National Statistics, Annual Survey of Hours and Earnings, US Federal Reserve )

Some commentators have seized on a study from Germany to support their theories about corporate tax cuts trickling down to workers. Saul Eslake makes the point that the German economy is not all that similar to Australia’s:

“Among other things, workers’ representatives sit on the ‘supervisory boards’ of large German companies so there is probably a different debate within German boardrooms as to how the benefits of any cut in the corporate tax rate in Germany might be shared among employees and other stakeholders.”

In his speech last week, the Reserve Bank Governor Philip Lowe reiterated the need for Australia to pursue an internationally competitive tax system but he did not specify which, if any parts of the Tax Act, might need amendment. He kept his comments on the topic vague:

“The issue of how the tax system affects the competitiveness of Australia as a destination for investment is one of ongoing political debate.”

The headline 30 per cent rate is misleading

Adding to this debate is the issue of average and effective tax rates. Effective tax rates are said to drive investment decisions and take account of what companies actually pay once deductions, depreciation and other tax minimisation strategies are considered.

According to a report published last year by the US Congressional Budget Office, Australia’s effective tax rate, at 10.4 per cent, is among the lowest in the world.

Infographic: How Australia’s corporate tax rate compares to others around the world. (Supplied: US Congressional Budget Office)

The average rate paid by American companies in Australia is just 17 per cent.

The Treasurer’s office takes issues with these figures, claiming they are out of date because they are based on data from 2012. The Government prefers a study by Oxford University that puts Australia’s effective average tax rate at 26.6per cent and at the higher end of the scale.

“Whilst the data used in the 2017 CBO report is from 2012, it is the best analysis available and I don’t believe the Australian company tax landscape has changed significantly since 2012.”

Dr Hamson has worked in banking and finance in Australia, as a university professor in Australia and the United States and has served on the ASX Corporate Governance Council.

Regardless of which effective tax rate you prefer, both the Oxford and the CBO data demonstrate the folly of focusing exclusively on the headline corporate tax rate of 30 per cent.

Chris Richardson from Deloitte Access Economics told the ABC’s Q&A that there was a “consensus” from the experts about the macroeconomic benefits of a corporate tax cut.

He said the cut represented $20 billion a year in growth for the Australian economy with two out of every three dollars showing up as higher wages. Those figures (and experts) came from Treasury who provided modelling on behalf of the Government.

Will Australia really be uncompetitive with these countries if the Government’s tax cut proposal is not passed by Parliament?

The numbers are based on the widely, but not universally, accepted theory that cutting the company tax rate will raise investment, which should in turn boost productivity and lift wages.

Apart from the obvious point that all else is not equal in practice, not all investment boosts labour productivity.

According to other Treasury-commissioned modelling, if the rate is lowered from 30 per cent to 25 per cent then gross domestic product will double by September 2038 as opposed to December 2038 without the cut. Both models predict that in 20 years’ time the unemployment rate will be 5 per cent regardless of whether we spend $65 billion on company tax cuts or not.

In truth, it is hard to find real-world evidence to support these economic theories, so the Government might be wise to heed the words of Plato: “A good decision is based on knowledge and not on numbers.”

The other issue often overlooked is the impact of Australia’s dividend imputation system. Australia and New Zealand are the only two countries in the OECD that grant companies the right to attach tax credits to dividends paid out to investors.

In most countries, companies pay tax and then shareholders pay tax on their dividends. Australia taxes just once. Cutting the company tax rate therefore doesn’t result in a higher after-tax return on investment to Australian shareholders in Australian businesses so Treasury’s theoretical model doesn’t hold.

The principal beneficiaries of a cut in Australia’s corporate tax rate are overwhelmingly foreign companies and foreign shareholders in Australian companies. There is no guarantee at all that cutting the tax they pay in Australia will lead them to increase the level of business investment in Australia.

Photo: The last time tax cuts were on the table was when treasurer Peter Costello was in the chair. (Alan Porritt: AAP)

Can Australia afford to spend $65 billion?

The last time a government splashed around cash in the form of tax cuts the treasurer was Peter Costello, who had no debt and no deficit to contend with, thanks to oversized profits and attendant corporate tax flowing from the mining boom.

In 2018’s Australia, it’s hard to imagine how a government could ever again manage to give away the equivalent of Mr Costello’s $170 billion worth of tax cuts while still protecting the surplus.

It’s been 10 years since the Australian budget was last in surplus. With a debt of more than $600 billion, many are questioning the merits of prioritising a $65 billion giveaway to big business in the form of a tax cut.

Back in November 2016, the president of the Business Council of Australia, Grant King was warning the Government not to put the country’s AAA credit rating at risk by ignoring budget repair. He told ABC’s AM program:

“We are seeing indications that the deficit is deteriorating so it is going to be a challenge.”

Yet today the BCA and its high-profile members like Mr Joyce are insisting on a company tax cut that would blow a massive hole in the Government’s revenues and push the budget and national debt further into the red.